USA: Virginia state and local officials were on hand Tuesday when Loudoun County received a rare visit from royalty 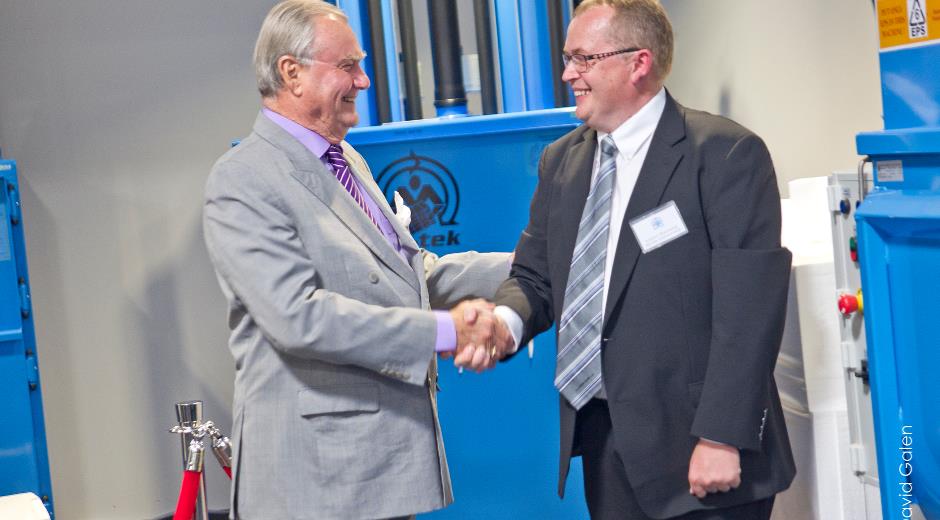 Virginia state and local officials were on hand Tuesday when Loudoun County received a rare visit from royalty: Prince Henrik of Denmark arrived at the American headquarters of Mil-Tek, an international Danish company that produces environmentally-friendly recycling and waste disposal equipment, to oversee the launch of the company’s newest recycling machine.

By compacting and recycling polystyrene with the EPS 1800, a company can reduce its existing waste costs by up to 80 percent, according to Mil-Tek.

Bryan Wingfield, president and CEO of Mil-Tek USA, said the company settled in Ashburn in February after considering a number of possible locations for its U.S. headquarters. Ashburn’s proximity to the coast as well as to a major international airport were among the deciding factors, he said.

“We’re really pleased,” he said. “It’s been perfect for us.”

The company will initially focus on distribution of the equipment, but plans to grow and expand to ultimately include assembly operations in the United States with the next few years, Wingfield said.

Miller said that the arrival of Mil-Tek to Loudoun’s growing Dulles technology corridor is evidence that the county is increasingly competitive in a global business market.

“It’s a terrific gain. This is a major employer,” Miller said. “This is more proof that Loudoun County is becoming the world’s destination to do business.”

The Obama administration was also represented at the event – Barry Johnson, senior adviser to the Economic Development Administration and director of the office of strategic initiatives at the U.S. Department of Commerce, said Mil-Tek was an ideal “case study” of the type of foreign business investment that the president hopes to encourage.

Obama “is quite spirited about the importance of creating jobs in innovative ways, and this company is a great example,” Johnson said.

This article originally appeared in The Washington Post, and can be read here

About Your Private Data

By submitting a form on this website, you are requesting for Mil-tek to contact you directly. Your personal information will be kept securely and remain private.

Should you wish to opt-out from all future communications, please contact a Mil-tek representative or click here